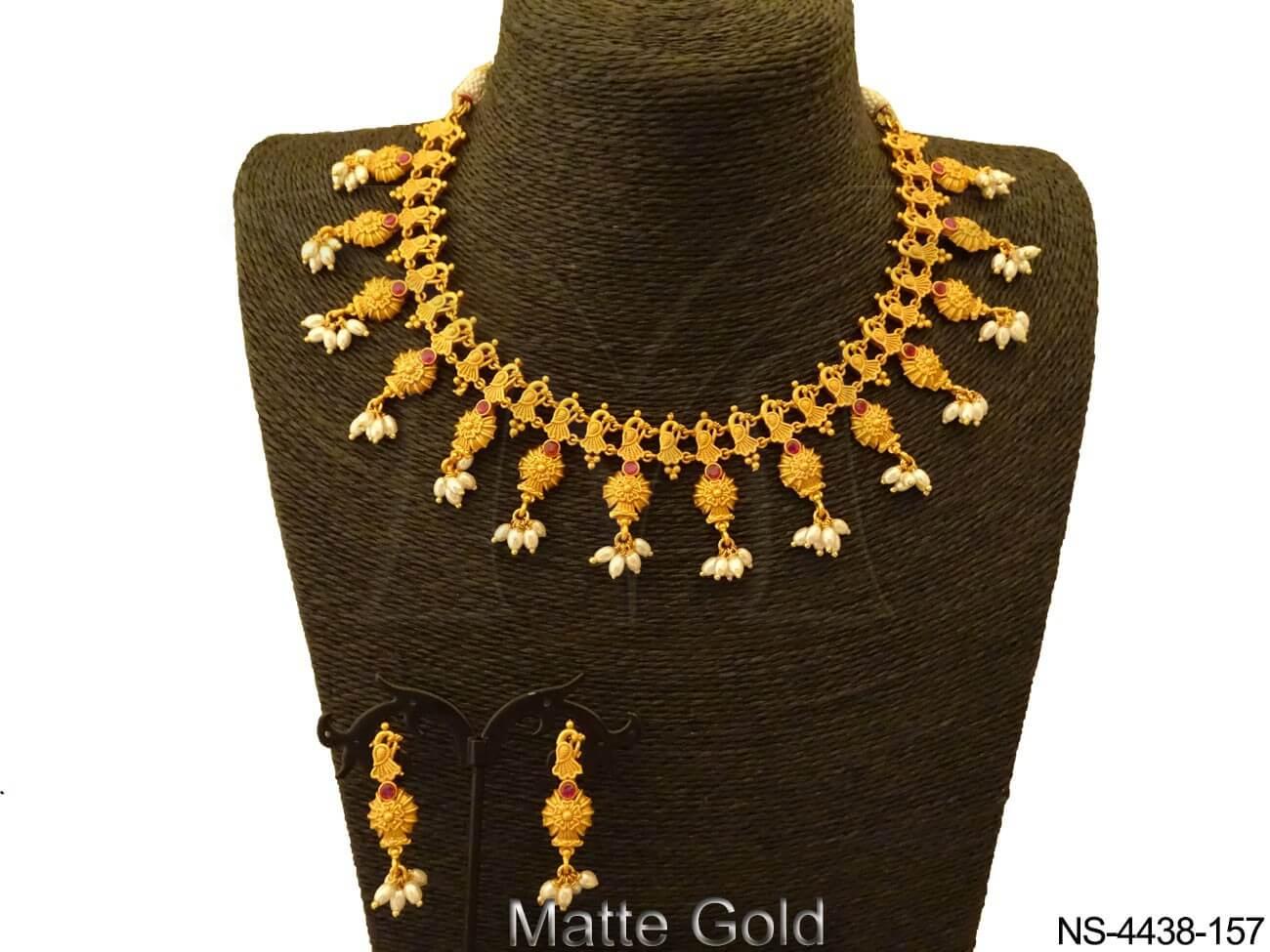 Kemp Necklace Sets Jewellery , also known as Bikaneri or Jaipuri jewellery, is a popular variation, wherein enameling with vivid colours and designs is on the reverse, while the Kemp setting is in the front. The city of Jaipur in Rajasthan has traditionally been the centre for Kemp jewellery in India.

Kemp flourished under royal patronage during the Mughal era. Over the years, the Kemp jewellery of the courts was successfully copied in silver in Rajasthan, Bihar and the Punjab and became popular with the common man.
Kemp jewellery is created by setting carefully shaped, uncut diamonds and polished multicoloured gemstones into an exquisitely designed pure gold or faux metal base. The elaborate process begins with the skeletal framework called Ghaat. Thereafter, the Paadh procedure takes place, during which wax is poured onto the framework and moulded according to the design. Following this is the Khudai process, when the stones or uncut gems are fit into the framework. Meenakari then involves enameling to define the design details. Next, the Pakai process involves gold foils that hold the gems onto the framework; these are cold soldered using burnishing techniques. Finally, the gems are polished using the Chillai process.